Home / About Us / Meet The Team / Mark Dutton 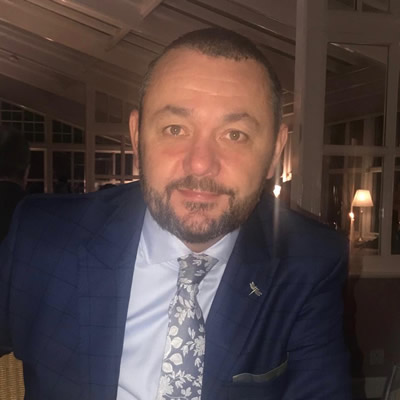 Mark has 25 years’ experience in winter service. He spent the first 3 years of his working life in ICI’s chemical trading division, where he bought and sold chemicals throughout Europe. He then became ICI Salt’s internal sales contact for all UK rock salt sales. Eighteen months later this business was divested by ICI and was re-named Salt Union.

During his 14 years at Salt Union, Mark became the company’s UK Sales Manager, responsible for the sales of circa. 1,000,000 tonnes of rock salt each year. It was here that Mark began to fully appreciate the demand placed upon UK practitioners during the winter season. Whilst in this role, Mark was a founder member of the National Salt Spreading Research Group (NSSRG), a role he still maintains representing Safecote Ltd, with the group now known as the National Winter Service Research Group, (NWSRG).

In 2002, Mark left Salt Union and took up the position of Director of Sales at Peacock Salt Ltd in Glasgow. It was here that Mark forged strategic relationships with salt suppliers in the UK and Europe, whilst working on the development of other niche businesses.

Mark joined Safecote Ltd in 2004 as Director of Sales. He was responsible for the introduction and growth of the Safecote technology in the UK, where sales rose by over 400% in the first year. In July 2005 Mark was appointed as Managing Director of Safecote Ltd and re-located the company from London to Cheshire. Since that date Mark has continued to develop the technology in the UK, as well as 8 other European countries.

Mark is a regular attendee at winter service conferences around the globe where he often gives papers on industry innovation. It is at these events that Mark continues to source new products that we look to introduce to our clients aiming at continuous improvement in winter service.